It’s been over 5 years since the last post. The farce is over, Trump is no longer the president. So this blog was resurrected from MySQL dump, let’s see if we can fill it with useful things once again.

See you in the funny papers! 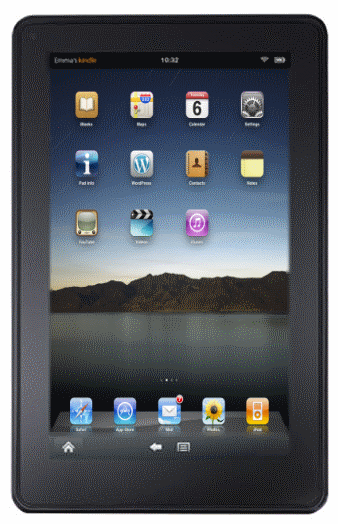 Those coding wizards from XDJ-Developers have done it again! After years of supplying us with huge amounts of amazing custom ROMs for even huger amount of Android devices they performed yet another miracle which is akin to splitting the atom, since it separates what was formerly considered inseparable: Apple hardware and software.

They ported iOS to Kindle Fire.

Don’t expect it to be the latest version though (iOS 6 as of time of this post) for that you will have to wait couple hours. For now be content with 5.1 – it’s well worth it. iOS 5.1 runs very smoothly on Kindle Fire, in tests pretty much everything lives up to high standards we used to expect from Apple, just about only app that wouldn’t run is Fruit Slice, I can’t imagine why.

Being an early beta build, it still has a few quirks. For example sometimes, if you launch iTunes, you end up in Amazon MP3 Store and on very rare occasions in some place called “Tower Records” (must be phantom growing pains) but XDJ-Developers are hard at work to eradicate those.

So rejoice closet Apple fans! No longer you have to pretend to like cupcakes, donuts, eclairs, froyo, gingerbread, honeycombs, ice cream sandwiches and the rest of those high calory desserts. Time for a healthy diet of fruit! 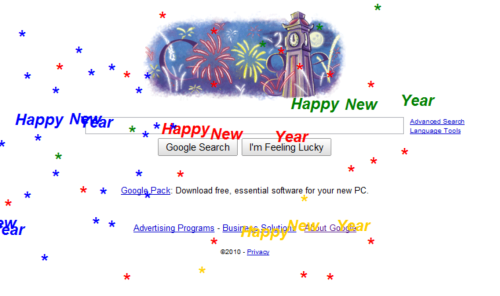 My New Year resolution is to make more sense in my code and my blog posts.

This is December of 2009 and Google has an interesting Easter Egg in its Search page. If you leave the search field blank and click “I am feeling lucky” button Google displays countdown in large numbers: 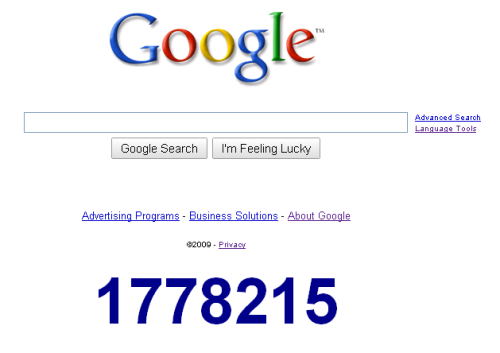 This tree now stands on the roof of parking lot at 700 Plaza Drive in Secaucus.

Hopefully there will be a parking spot big enough for the sleigh.