Infragistics UltraWebGrid offers a nice grouping feature: when the grid is in OutlookGroupBy mode, you can group similar data with very little coding required, you can go from this view: 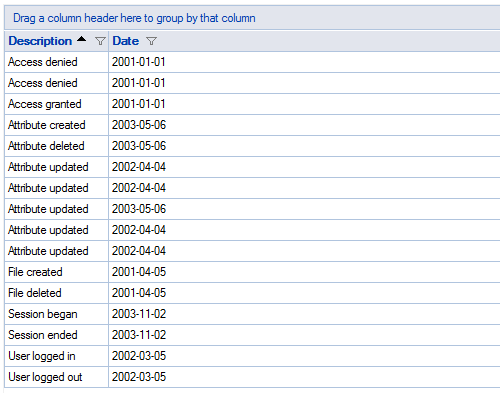 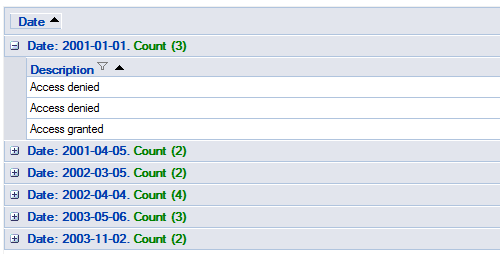 But what if you want to group by first letter of a name or a year of a date? New WebHierarchicalDataGrid control offers this functionality after 10.2 release of Infragistics NetAdvantage, but if you invested years of work in classic UltraWebGrid – it’s not easy to move to a brand new control cold turkey. There’re other methods that offer custom grouping for UltraWebGrid, but the ones I found were pretty convoluted (like create a hidden column, populate it with data to group by etc.) Here is a simpler approach. END_OF_DOCUMENT_TOKEN_TO_BE_REPLACED

If you’re using Crystal Reports 2008 in your ASP.NET application, and after deploying to a 64bit server getting following error:

A while back I posted a method to highlight rows on mouse over in Infragistics UltraWebGrid. Over the time turned out that it had several limitations the main being: if you enable additional styling for some elements of the grid, they’re not preserved after mouse-over/mouse-out events. For example if you set a SelectedRowStyleDefault property with a different background and then move mouse over a selected row – that style will be removed.

So, here’s a complete solution to work around that limitation: END_OF_DOCUMENT_TOKEN_TO_BE_REPLACED

IE6 just won’t die. I know, continue to support it is a bad idea, but unfortunately many developers have no choice, some environments, especially corporate intranet will continue to use it until second coming (and then Safari will rule the world).

So, here is a small tip: If you need to use a named color from CSS3+ specification that old tired browser doesn’t understand – just use color’s hex equivalent instead. For example instead of

which will do nothing in IE6 use

which will render nice light-gray border.

If you’re using Infragistics UltraWebGrid and experienced an odd behavior where the grid does not display the right-most vertical border line – there’s a workaround.

By default 2 elements contribute to the grid border – border from RowStyleDefault property and border from FrameStyle property. For some reason IE6/7 (yes, some people still use those) do not render the right border of the last column, even though all 3 properties (BorderColor, BorderStyle and BorderWidth) are set. So the solution is to have FrameStyle lend that border:

As a result, the right border is displayed correctly in all versions of IE.