I’ve been a fan of Pebble smartwatch for a very long time, both as a user and developer, but recently, even before announcement of Pebble acquisition by FitBit I got curious – what else’s out there? Two mainstream branches of smartwatches – Android Wear and “The Watch” are of no interest to me – too boring. So I looked into Samsung Gear watches – Tizen platform is very interesting, then it was Vector Watch (which ended up being bought by FitBit as well) and now a new ePaper watch from Chinese company Shenzhen – SMA Q2 (sometimes called SMA Time).

There is no question that despite obvious visual similarities, at this point in time Pebble Time Steel is vastly superior to SMA Time. PTS is on 4th generation firmware which brought many advanced features over the years, PTS has a very popular appstore and high quality developer ecosystem. SMA Time feels like Pebble circa firmware v1.x (probably even less, e.g. it has only 3 slots for watchfaces on the watch) but it seems to have great potential.

I am posting here a few pics comparing PTS with SMA Time. 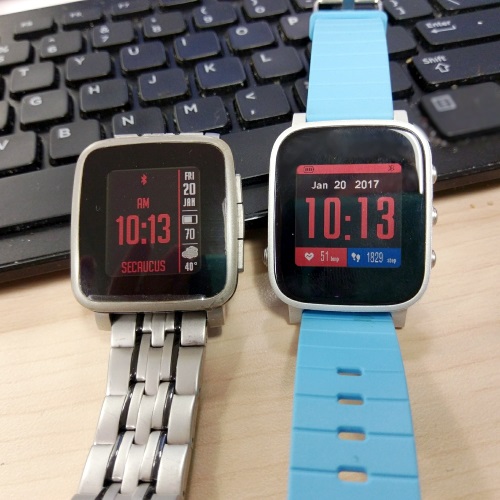 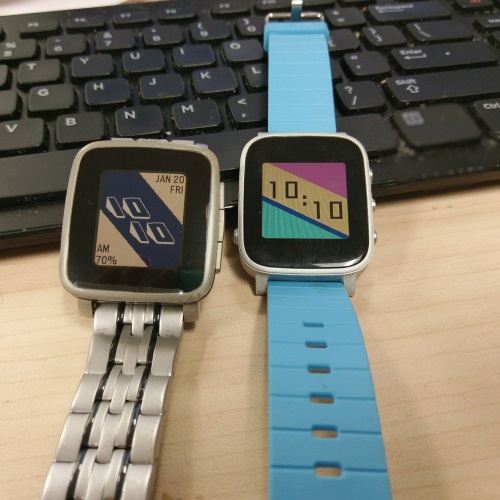 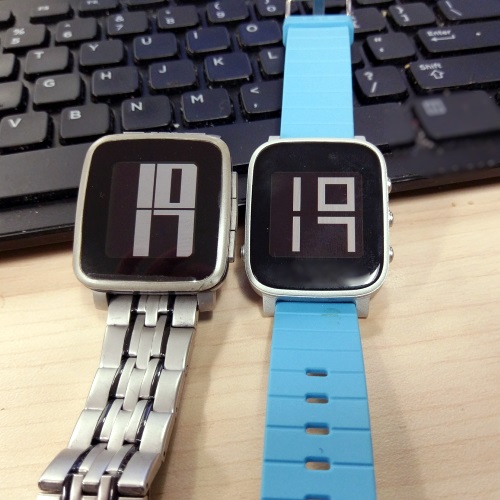 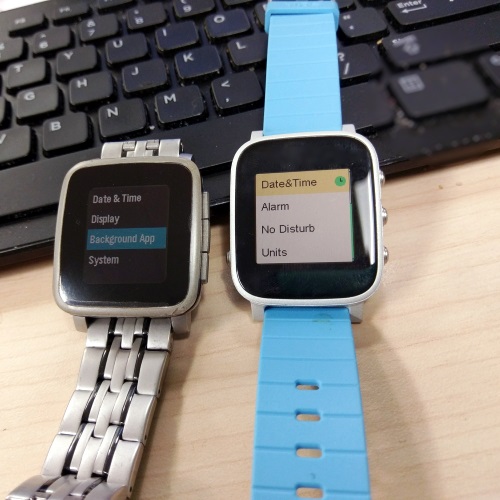 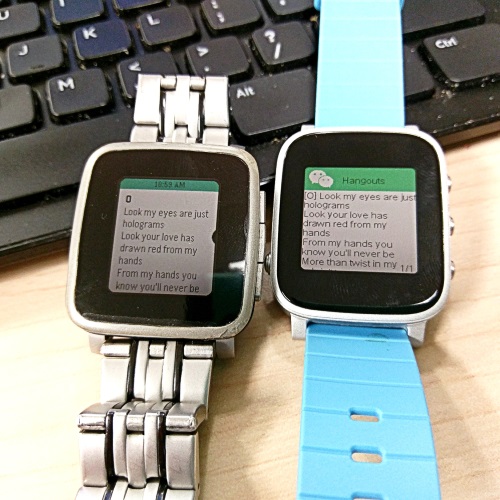 I did a bit of traffic sniffing when phone SMA app lists available watchfaces and it goes online indeed in API call not unlike Pebble:

And it’s getting JSON back again, similar to what Pebble does:

It’s even possible to override BIN file that phone app downloads and replace it with your own to sideload a watchface.