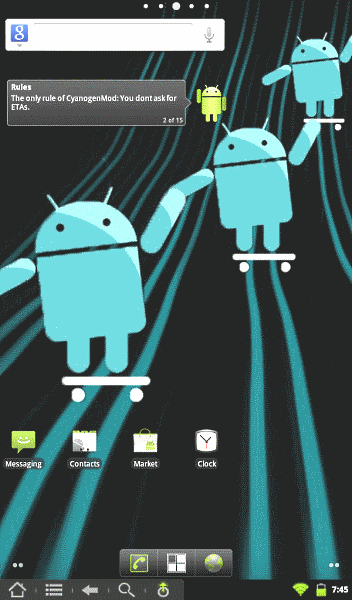 Lately I’ve been posting a lot about Kindle Fire and no wonder – I love this tablet and tweaking with it.

Today I went to tweaking extreme – installed a custom ROM, namely CyanogenMod. CyanogenMod is famous for being a better replacement ROM for a wide multitude of Android devices from Droid phones to Nook tablets. And finally it made its way to Kindle Fire. Installing it turned out to be surprisingly easy – first, using Kindle Fire Utility root your Fire and install TWRP Recovery – very useful instrument not only for installing new ROMs but also for backing up and restoring your existing one in case something goes wrong. Second, download latest CyanogenMod in form of “update.zip” and place into temp/download folder of your Fire. And lastly reboot into TWRP recovery, browse for the ZIP and install it.

CyanogenMod didn’t let down, it was perfect as usual – fast, highly customizable, this one specifically build for Fire with its lack of hardware buttons. It has many wonderful features (for example picture in this post is, unlike previous posts, is a direct screenshot from my Fire, “take a screenshot” is one of the options appearing in menu when you press and hold power button).

It has everything. The only drawback for me is, for the love of it, I couldn’t make Amazon Instant Video app work in this mod. The issue is widely discussed on the Interwebs, multiple possible solutions are offered, but none worked for me. And since Prime Instant Videos is the only original Fire feature that I use – I had to return back to rooted stock Amazon ROM with ADW launcher (thanks TWRP for making ROM backup and recovery a very simple experience). Until working version of Amazon Instant Video is bundled with Cyanogen – I am keeping the stock.

UPDATE: Actually I realized that I *can* watch Amazon Instant Videos on the CyanogenMod by simple browsing to Amazon Website (in my case using Dolphin Browser HD) 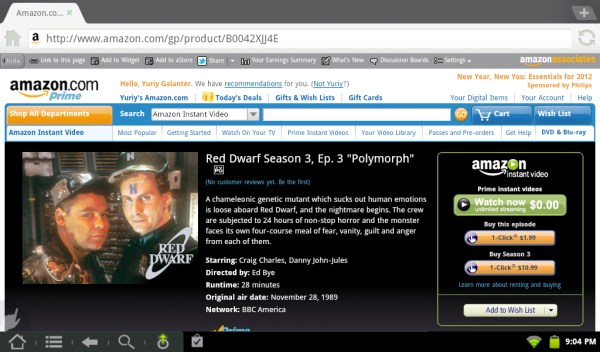 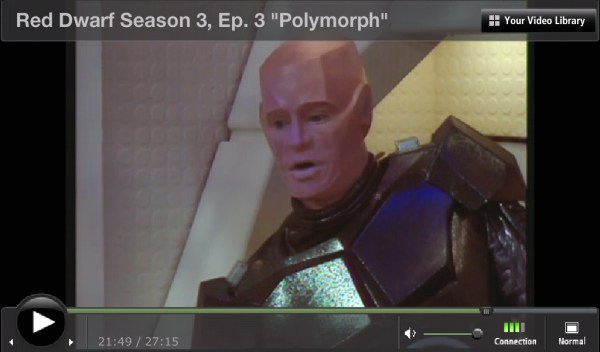 Quality turned out to be surprisingly good, maybe it’s due to hardware accelerated video playback in in CM7, maybe something else, but the fact is that Prime Videos can be played on modded, rooted Fire. So I am back to Cyanogen, and it’s worth every kilobyte. As an added bonus – all Market apps that were incompatible with Fire and refused to install – now can be installed.