I recently got a Roku 4 – at the time of this post the latest and greatest streaming players from Roku family. It comes with many bells and whistles – including ability to connect to 5Ghz WiFi networks. But for the life of me – it could not connect to mine. Player was seeing the SSID of the network, able to connect to wireless, but chocked on joining to LAN. Extensive chat with support lead nowhere – they wanted me to change WAN DNS and many other hoops that achieved nothing. For the record – my router is a dual-band one, and Roku had no problems connecting to 2.4Ghz band. But Internet speed falls dramatically over 2.4Ghz connection and I needed 5Ghz.

Finally I found one thing that worked.

AC connection has 3 bandwidth modes: 20Mhz, 40Mhz, and 80Mhz. My router was set to 80Mhz to take full advantage of 1300 speed. None of my devices had problem with this (including, I might add, my previous Roku 3 player). But apparently Roku 4 couldn’t handle it. But as soon as I switched bandwidth to 40Mhz – boom, instant connection.

Streaming doesn’t suffer from this change, but it does lower LAN speed, so I’d like alternative solution from Roku if possible. Is this a known issue? Would an update fix it?

UPDATE 2016-02-01: Found a better workaround with the help of this awesome device. 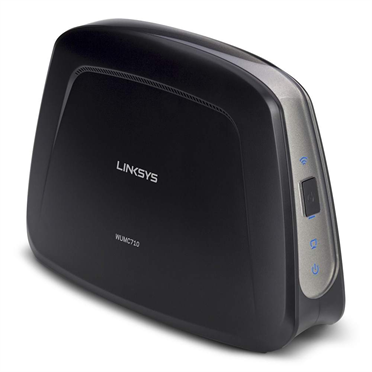 WUMC710 is a bridge between 4 Gigabit Ethernet connections and full 802.11ac WiFi. And it has no problem with 80Mhz channel. So I basically tell Roku it has a wired connection (and it does to the bridge) and the bridge has beautiful wireless connection to my router. You can grab the WUMC710 pretty cheap (I got mine for $10) and besides not having to slowdown your main network it makes actual Roku internet Speed much faster. Shame Roku’s own WiFi is not on par, but hopefully it will catch on